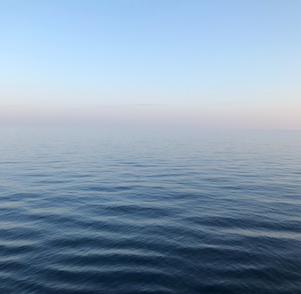 The Difficulty of Simplicity

OM: The paradox of the spiritual path seems to be that total effort is necessary to realize effortlessness. On the one hand I could equalize total effort with total will, on the other hand I could equalize it with the total readiness to allow any work that needs to happen, to happen. I work with people in order to make them recognize that no work is necessary. How can this contradiction be explained? Well, when I work with people, I transmit that it is not them who have to work, rather they only have to allow the work to occur. That means: What has been wound up into confusion simply rewinds by itself when the tension, artificially kept up by the ego, is given up. Imagine a spiral that has been wound up and is kept together by some kind of tension: it will naturally rewind the moment the tension is released. The thinking mind, the false „I“, consists of a tension kept up artificially which retards natural development or does not allow it at all.

JEB: Yes, it is true, the mind holds on to everything. This indeed is its tendency: to hold on to, to hold back, to be attached, to not allow the flow. Two things have helped me in this contradiction between simplicity and complication: The first is the longing, the unquenchable longing that keeps burning, and which tells me in all difficulties that arise: „Bullshit, these are difficulties constructed by your mind.” The second are the words that you have repeated again and again: „It is happening.“ I just need to be still and feel: „It is happening“, and then really a lot is happening.

OM: The difficulty does not lie in the work itself, but in the resistance against the work. For we know that in the thinking mind as a split instrument there is the equivalence of a „No“ for each „Yes“. If the mind tries to say „Yes“, it only does so because there is a „No“ hidden in the subconscious. If it strives to „want to“, there is a „I don’t want to“ hidden in the subconscious. This perpetual split, which does not happen in total consciousness, makes the work that has to happen very difficult. Another difficulty arises from the lack of readiness to be with phenomena that are outside the comfort zone of the thinking mind. Every animal – and the principle of pleasure is a principle of the animal realm – naturally looks for places where it feels good, and so does the human being who, in its limited „I“ is identified with the lower instincts of the animal body. The spiritual path is a path that leaves the pleasure principle. Satyam Nadeen told his students: „I have both good and bad news for you. The good news is: Liberation from the conditioned human state is available for each of you in this moment and the bad news is: all of you have to go through the dark night of the soul.“ In the moment of discomfort that can increase to an intolerable degree many people are not ready to stay in the „fourth movement“. To be in the „fourth movement“ means to dwell in an inner state of meditation without any movement, not to flee, not to distract oneself and not to go against it. These are the three basic movements that lead into the sleep of consciousness which we experience so painfully as separation from ourselves. In the naked presence of ourselves there are phenomena that seem intolerable at first. But they are only intolerable if we identify with them by one of these movements instead of silently dwelling in the „fourth movement“, just being a witness. A normal human being is not aware of this possibility, as nobody has ever taught him to just be still. No matter what appears, to simply stay inside without any movement and not to turn away the eye of consciousness for a single moment – and then everything will burn up. Fear, anger, desperation, ideas, images, all the nightmares and horror visions of the mind – they just burn up. Thus the whole world, which is equivalent to suffering, burns up in consciousness.

JEB: Could you say more about this important expression of „burning up“?

OM: The suffering burns up all on its own accord. That’s why it is simple. Who recognizes that suffering does not burn up by any effort, recognizes the simplicity of being. Over the last few years more and more people in the West have become interested in Satsang and the non-teaching of Advaita, of which Satsang is based on and there are many who celebrate Satsang as the „new teaching of easiness“. Now they believe „In reality I am already enlightened“ and refuse as a concept any kind of therapeutic work or sâdhanâ ( spiritual practice ). The mind makes use of the concept of no-work to justify its lack of earnestness and its indolence and then calls it „simply to do what is fun“ or „to celebrate life“. The concept of „There is nothing to do“ is very attractive for the main passion of the mind, which is indolence. With the spreading of Satsang, the misunderstanding about effortlessness and the confusion in taking easiness for simplicity spread as well. Easiness is not simplicity, it is just the refusal of allowing difficulty appear in the effort of work. On the other hand there are all of these ancient religious misunderstandings concerning effort. All of us in the West still suffer from the misunderstandings of the church and the unenlightened generations of Christian believers and teachers. One of the basic statements of religion is „Try to become a good person!“. This statement implies „You are a sinner, you are a bad person. Make an effort to become better. Purge yourself, purify yourself.“ That is why repentance and penance exist. In all religions there are very different means of purifying, purging, and improving. All of that assumes that you are a bad person and the effort that results from it is nothing but the attempt to make up for this being bad and to get rid of, or at least to alleviate the guilt with which you seemingly have burdened yourself. That is the vicious circle into which you are led by the deceitful thinking mind, which has created this system. The truth is, that it is hopeless and that guilt, badness and wickedness, just to use some different expressions that all point to the same – are irretrievable for ever. It is as I like to express it in a primitive picture as if you try to neutralize an over salted soup with sugar. It only functions in a very, very limited way. And basically, it is impossible within duality, for it would be an attempt to overcome duality within the realm of duality. Ultimately, you have to recognize that „being bad“ and „being good“ and the effort you have to make to get out of a state that feels bad or burdened with guilt, that all of that is a concept of the thinking mind. It has nothing got to do with God. God did not say: „That is good.“ or: „That is bad“. That is a system which the thinking mind has created.

JEB: In Greek mythology there is this image of Sysiphus rolling a rock up the mountain again and again. But just before he arrives at the top, the rock rolls down and Sysiphus has to start again from the beginning.

OM: That is the idea of condemnation. And condemnation is a frozen and hardened concept of the mind, born out of the idea of guilt. And if we minutely investigate the guilt and all the effort that is necessary to break free from it, we find out that guilt never originates in the life of this moment but always comes from somewhere else. It is never Here. It is never Now. It is always somewhere else. It is always in what we call the past. Regarding the heavy burden of time, Poonjaji said: „Time is mind and mind is time.“ That means, time is only another expression for mind, for the thinking mind.